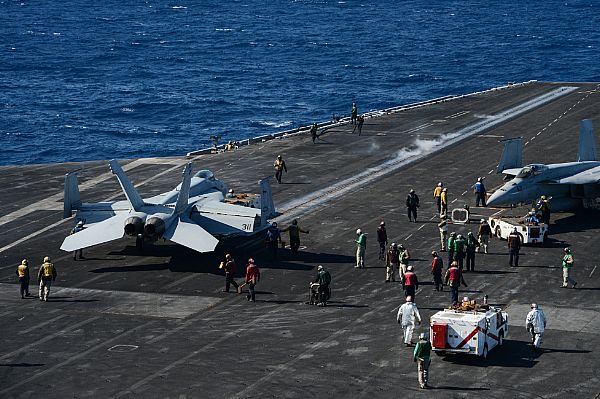 The Navy is experimenting with a way to reward sailors for good work by putting extra money in their pockets when they reenlist. While the pay for performance, or kicker, is starting off small, it could be tied to the New Navy Evaluation system.

The pilot is currently only available to seven surface warfare ratings, but the Navy hopes to expand the program to other needed occupations within the service.

The Navy gives selective reenlistment bonuses to entice sailors who have high-demand talent to stay in the service longer. With low unemployment and high demand for certain skills, the Navy is finding it needs to work harder to keep those people.

“There has not been a differentiation within a skill set to say ‘Scott has worked harder than John,’ so if we want Scott to stick around maybe we should give him just a little bit more,” Rear Adm. John Nowell, the Navy’s director of military personnel plans and policy told Federal News Network.
“We still want to retain as many folks in those skill sets as possible, but we think we will get the true talent and keep the talent if we can incentivize them a little more.”

Bonuses are calculated by multiplying sailors’ monthly pay by the number of years reenlisted and then multiplying that by the kicker – which is determined by how long a sailor has been serving, specific skills and his or her occupational specialty.

For example, an E-5 reenlisting for four years and moving from a 1.0 kicker to a 1.5 kicker would get a $16,800 bonus as opposed to an $11,000 bonus. Sailors will get half of the payment up front and the rest in yearly increments.

Eligibility for the Pay for Performance

The military as a whole is realizing it needs to change its talent management system to better fit the 21st century.

There is a massive talent grab as the United States moves once again toward near-peer competition with China and Russia and the private sector looks for the top minds in the world.

The Navy “needs to be more talented,” Nowell said. “We have to be able to attract the best. Right now, unemployment is the lowest it’s been in the last 50 years. We know that the skill sets that we produce in the Navy are highly sought after in the civilian sector.”

While the pilot program is only available to some ratings, the Navy wants to expand it in the future. To do that though, it needs to make evaluations easier and more accessible. This is where the pay for performance ties into the New Fitrep system.

Since 1996 “We’ve lived with the system we have because folks have learned to work with it. It’s sort of the evil we know,” Vice Adm. Robert Burke, the chief of naval personnel, said in 2017. “But we need to get to some objective measures of performance with enough fidelity that we could do things like pay-for-performance.”

Nowell said the current evaluation system is more based on tenure and longevity. But if the new system gives better priority to merit then there will be a logical tie in to pay for performance.

The Navy already started changing some of its evaluation tactics. For example, it’s ending some forced distribution, which restricts the number of promotion recommendations.

The service also released a new app for sailors to look at what training, certifications and licenses they’ve earned and completed. Nowell said the Navy wants to move most of its personnel processes to easy app access.

Be sure to sign up below for additional information on the New Navy’s FITREP and Evaluation transformation and be alerted anytime a new post comes out. 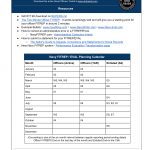